Written by adtcreative.vn on 01/08/2018. Posted in Chưa được phân loại. Leave a Comment

In Europe, before the 16th century, harvesting was a term used to refer to autumn. It came from an English word, hærfest, which meant autumn (“Herbst” in German has the same origin and is still used to refer to autumn). This was an Indian-European word which meant picking, reaping, cutting etc. in comparison to “carpere” in Latin which meant to cut, to divide, to weed. Thus, in the beginning, hærfest was used to call happy occasions, and eventually to call the process of picking grown crops, then was used more generally to call picking seasons (usually in autumn).

In Vietnamese, harvesting is derived from Chinese words 收割 that mean “to take”, to collect.

In Europe and America, autumn is also the main harvesting season and is when festivals are organized to celebrate a fruitful season. In England, traditional harvesting festivals are organized on the closest Sunday to Harvest Moon – a full moon that occurs on autumnal equinox (22 or 23 of September). In America and Canada is on October or November on Thanksgiving. That’s also the reason most of festivals in the world are organized in the spring and autumn, two most beautiful seasons of a year, when harvesting season is finished and farmers have more free time.

In Vietnam, around September to October (lunar calender), coffee berries from all over Central Highlands will mature after a whole hard year of tending. The thrilling atsmophere spreads from coffee farms to every corner of every street. A red color covers each yard. Chatters and laughters filled the air with an overwhelming sense of satisfaction, of the love for coffee and the universe for blessing us with a fruitful season. People often keep a portion of their coffee as a treat to themselves after a long and hard farming season.

However, to have the best cups of coffee which are made from the best coffee beans that have high commercial values, farmers will harvest berries by hands, selectively pick them several times or strip them off, and only pick branches that mostly have ripe berries. When hand-picking, farmers have to decide which berries are ripe by their colors. Ripe berries are often red or yellow, then crimson, before turning black on drying, when immature they are green.

There are three methods of harvesting coffee: 2 hand-harvesting methods and 1 mechanical method. Mechanical harvesting is often used at big plantations. This method often harvests green berries as well. Mechanical harvesters use vibrating and rotating mallets to knock the coffee fruit off the tree into collection units. This method largely depends on the maturity of berries, thus, adjusting vibrating frequency is critical.

With hand-picking methods (selectively or strip the whole branch) onto a canvas on the ground. If berries are stripped onto the ground then collected, the quality will be compromised because of impurities, and will require further processing to eliminate impurities. 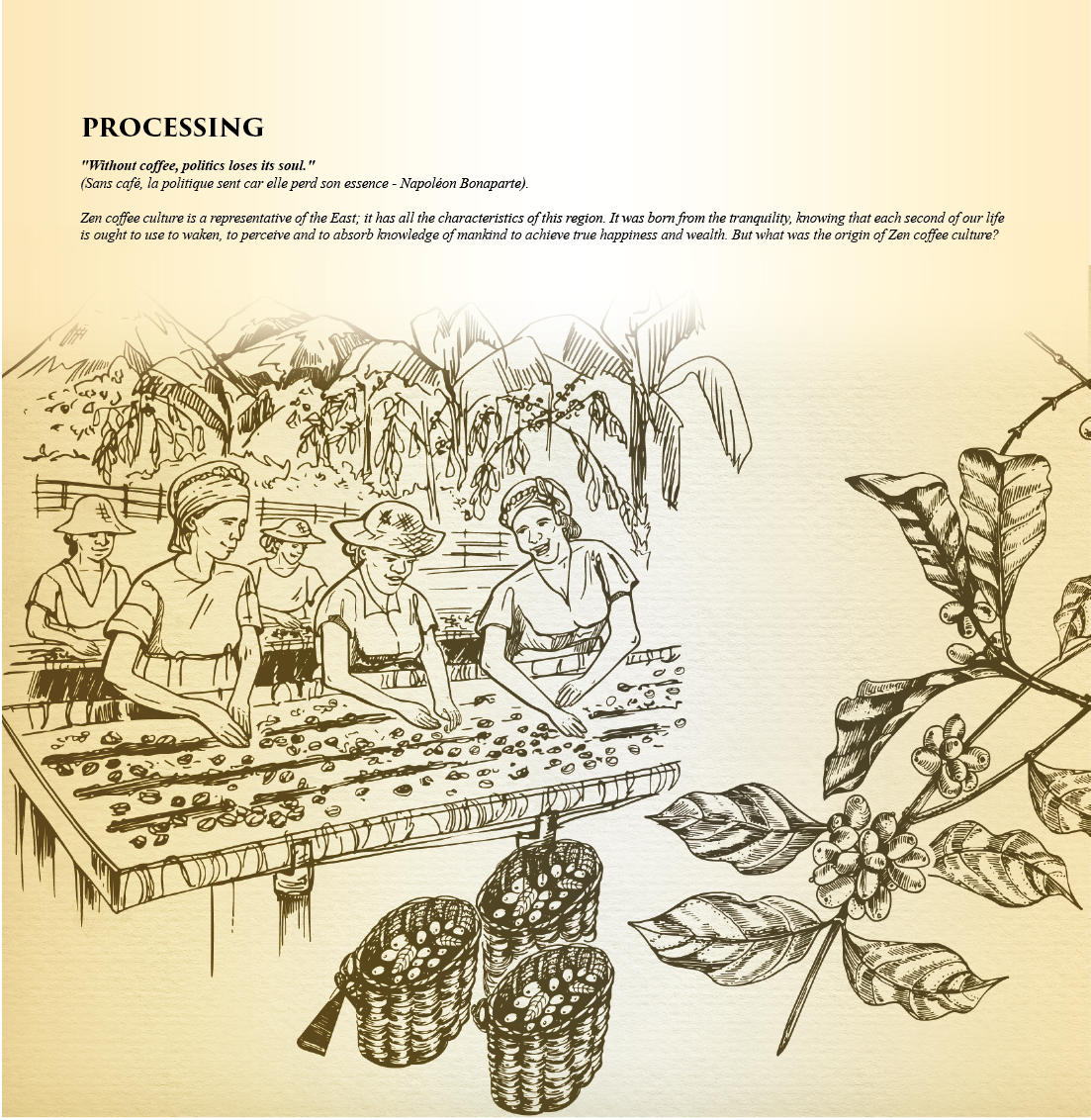 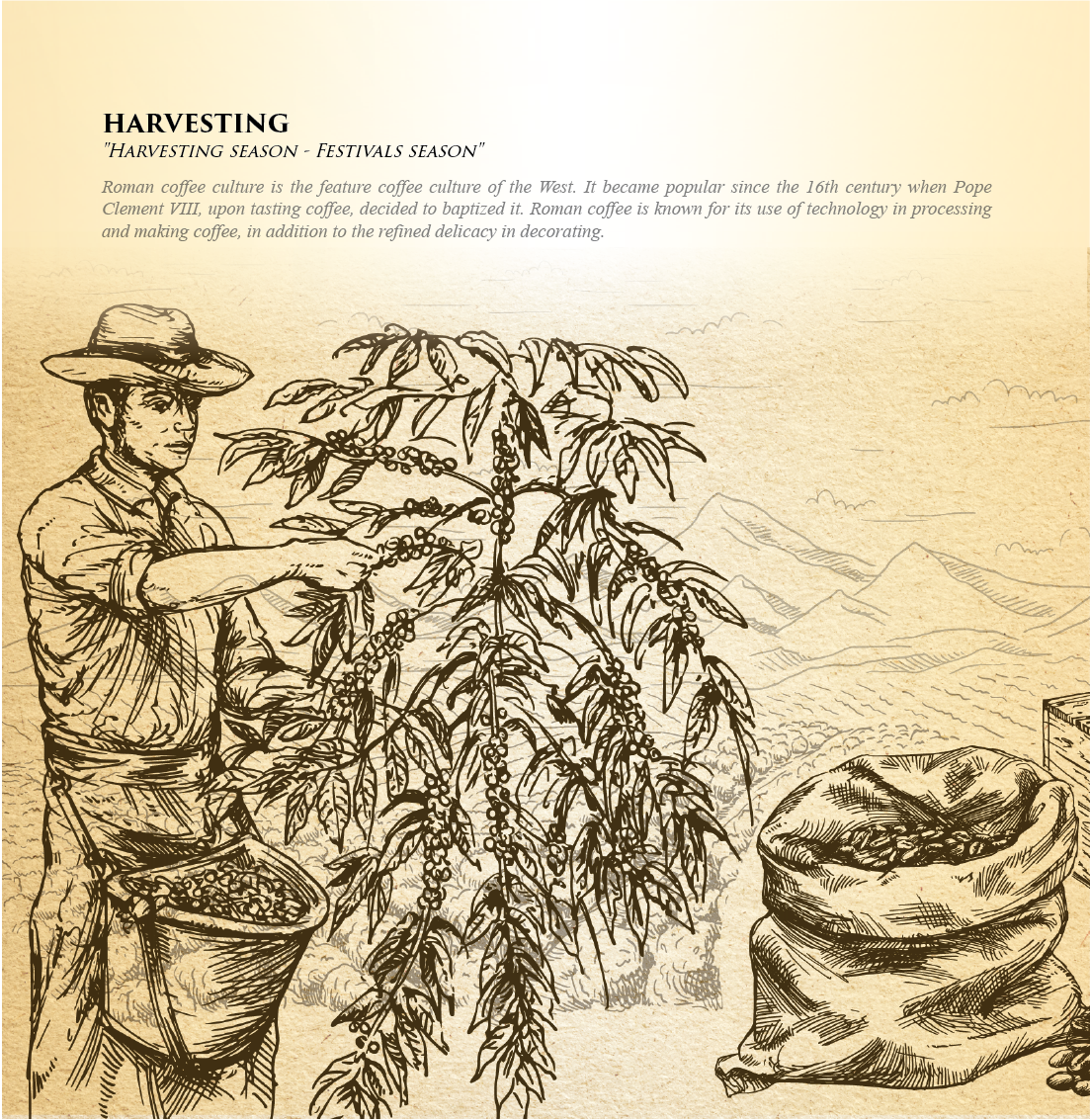 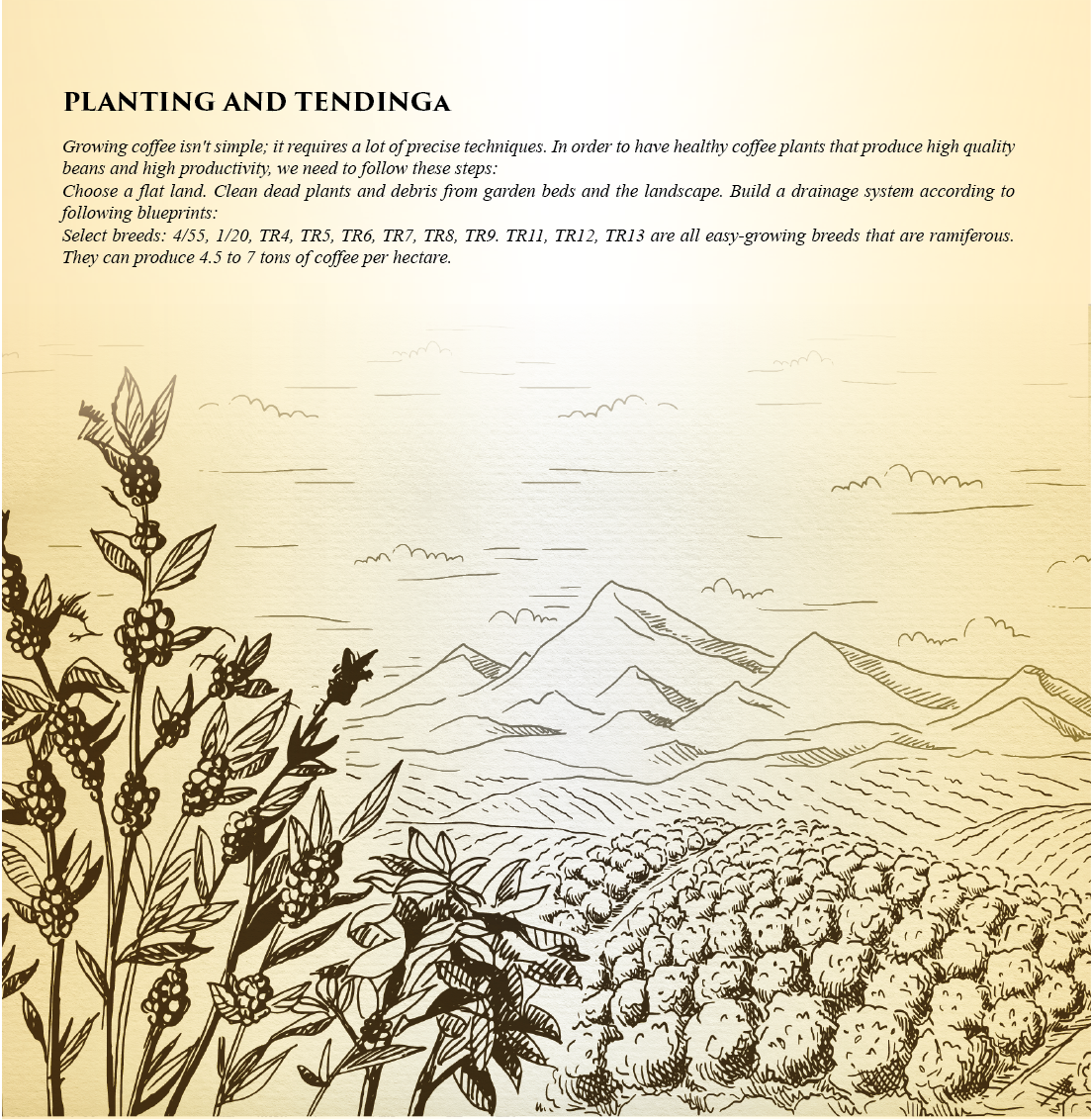